Are we all bad parents? 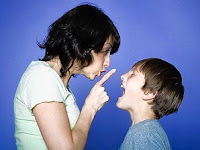 I have been reading more and more articles lately about how greedy and selfish we Baby Boomers are and I just dismissed it as “nobody is happy anymore unless they are bashing something or someone”. Then I happened upon a comedy bit by George Carlin about Baby Boomers and Politicians. In Carlin’s hard hitting and hilarious way, he makes us laugh at ourselves, even when we are the brunt of the joke...and perhaps himself as well. He basically was saying how sick he was of hearing about the whinny Baby Boomers who “got it all” and “took it all” and he was... ah ... right! When we think of our parents and how they REALLY had almost nothing to speak of in their homes. They all wore hand me down clothes from older brothers and sisters and hand me down toys. Everyone had some basic meals for dinner, like spaghetti or meat loaf and potatoes and NEVER went out to a restaurant to eat, unless it was a once in a lifetime event, such as a wedding or a 50th anniversary.... and really even then, most of the food was home made.

People had victory gardens and there were no huge grocery stores. There was the little grocery store with the butcher for meat and then everyone grew their own vegetables. They also actually sewed their clothes when they ripped and socks as well. Remember the shoemaker, when they took their worn out soles and had them repaired and rarely bought new shoes. A man probably had one suit, if at all and women had a few dresses for church and a few dresses for every day. Remember aprons?

Something happened after World War II. Maybe it was the innovative new products that were invented during the war, or maybe it was just the euphoria of winning and solders coming home, being given low interest loans to build new houses through the G.I. Bill. Whatever it was, it made the youth of then say, we are going to enjoy life now. They had the largest amount of births in our country’s history and the prosperity just seemed to give us everything that our parents didn’t and were not able to have from their depression era parents. The parents of we Baby Boomers, although the “greatest generation” had it ruff when they were little. Most of their parents were out of work during the depression and families were all poor. So now, even though much thriftier than we Boomers are, they were still spending more than their parents, because they HAD it to spend. This then created a desire in us Boomers to even want more when we grew up and we spoiled many of our children. I know that I often thought that other kids got much more than I did when I was very young and thus, I over compensated to my children of the GEN Y generation.

Where will this all end? I think our country may be going through a kind of break down due to all of this “getting whatever we want”. Our country has not seen the same type of sacrifice and devastation that the people of the depression era endured. We have used fossil fuels and bought gas guzzling vehicles as much as we did in the early 1950’s, even though I can clearly remember fearing in grade and high school in the 1960’s how we can not continue to depend on fossil fuels, such as oil and coal forever. Yet, we are still facing these issues, but directly in our faces. We are now learning that we have already gone over the line of no return. We know that certain hardships will occur to our planet in the next 20 years and now all we can do is stop that progress from getting worse for our children. We can if we REALLY follow through this time.

I remember in recent times having our “energy crisis” where we keep our lights off for the Christmas holidays and waited in lines to fill our car’s gas tanks on odd and even days. Then a bit of time went by and it all just .... went away.... and we went right back to “doing and living any way we wanted .... again”. What is wrong with us all? I fear that we will actually have to see the terrible results occur to our planet before we actually believe it. Just as the recent huge increases in cost of gasoline, finally made us stop and sell our big SUV’s and start looking for hybrid cars.....will we ease up and forget it all, when the prices come down a little bit and we get used to everything that we call hardships now?

This is why we need to listen to the vigil and watchful scientists who give us warnings of things that can happen. We need to be constantly reminded to stay on course and start acting like we actually want to leave the world bette off than was given to us.

As we get older, we ALL, not just the Baby Boomer generation, but all of us, need to remember that EVERYTHING WE DO RIGHT NOW, WILL EFFECT HOW OUR CHILDREN WILL LIVE OR NOT! HOW THEY WILL HAVE GOOD OL’ DAYS TO REMEMBER OR NOT...HOW THEY WILL THEN TEACH THEIR CHILDREN TO GIVE TO THEIR CHILDREN....AND ON AND ON.....
Posted by David at Tuesday, September 16, 2008